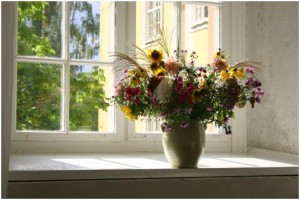 I wanted to read this book because I wanted to know how our bodies react to the different foods and additives we ingest. It was not with the intent of becoming a vegan (which this book promotes) or even vegetarian that I decided to read this book. I had heard that it did a good job of giving the facts in an easy to understand format, which is true. However there is a lot of language and some semi lewd content. The intent was to get the reader’s attention. I felt a little offended, but was able to get past it. It was indeed very informative about each food group and how it helps or hinders your body. They also did a great job of giving you a brief breakdown of labeling and the best way to shop.

I wouldn’t recommend this to just anyone. You really have to look past the language and be very interested in what you are eating and how to eat more responsibly.

Considering I picked it up at a garage sale for $1 I would say that it was money well spent.

This is the book I was disappointed in and struggled to push forward in. It’s not that it had bad information, more that I am not in a place in my life where I need that kind of information. This book is about organizing during and after a big life change. It is organizing on a large scale. I was more looking for ways to simplify through organization and decluttering. I have two little kids and a third on the way. I need small steps that make big impact.

Also I did really gel with the author’s writing style. You could tell that she was very new age and I had a hard time connecting with her.

If you are going through the loss of a loved one, job change, divorce, empty nesting, or anything else of the sort and are feeling lost, this may be the book for you.

This is the book I really wanted to read that wasn’t available at the time I made my list. And boy I wasn’t disappointed! With the move to Kansas in the near future having this information in mind as a pack and set up house again is invaluable. I love the fact that it was written by a mom trying figure out how to live in a small space. She does such a great job of creating a game plan working from room to room with check list for cleaning, decluttering and organizing.

I would recommend this book to any mom who is trying to find things easier, be able to spend less time cleaning and more time living and enjoying family.

" target="_blank">Becoming a Woman of Freedom

" target="_blank">The Simple Dollar: How One Man Wiped Out His Debts and Achieved the Life of His Dreams

" target="_blank">The Power of a Praying Parent

Books I’m going to read over the entire year

These are books that are more how-to’s or not chapter books.

" target="_blank">Back to Basics: A complete Guide to Traditional Skills